TVs Vs. Projectors: Which Is Right For Your Space?

If you're looking to create a movie screen environment, you really have two options: a large flat screen televisions, such as LG TVs, or a projector screen. Both of these technologies have improved significantly in the last five years, so it really depends on your own personal needs and your space. Here's what you need to consider.

Is the Space Suitable for a Projector Screen?

A projector screen requires a large, unbroken space that is completely neutral in tone. Ideally, the wall should be white. If it's not, you may need to purchase a screen. And it's not just about the projector screen -- it's also about whether the flat screen might take up too much room. A flat screen as large as a projector is going to take up quite a lot of room, and it may need to be mounted against the wall rather than stood up.

Does Your Room Experience Through Traffic?

Ideally, your projector screen should be placed in a way that provides completely unbroken line-of-sight. The most optimal configuration places a door and walking paths behind the projector. In many living rooms, people might be passing across the projector to get to other areas. This can easily become disruptive, though there is a work-around -- installing the projector in the ceiling can sometimes bypass a lot of this interference.

What Is Your Budget?

Projectors are still far less expensive than comparable TV screens -- and projectors can get much larger than is feasibly available in a flat screen. If you have a limited budget, a projector really might be the best option.

Is Image Quality Important to You?

If you have a large space that you want to devote to a movie room, a projector could be a great idea: just setup some black out drapes and get going. But if you have a family room or other busy area, a more traditional television set might be more applicable to your needs. Many electronic stores will be able to walk you through the differences between projectors and televisions and show you the differences in image quality. 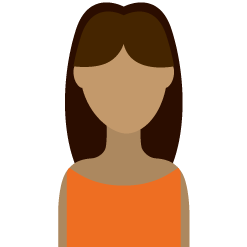 When I started thinking about what kind of cable television service I wanted for my family, I realized that I needed a pretty broad range of channels. With kids ranging from age 2 to 20, I knew that I would need cartoons, news websites, and entertainment channels that would suit everyone. However, after doing a little research, I had no idea which package to choose. Fortunately, one cable television representative took the time to sit down with me to explain the different packages. My blog is all about learning the tricks of cable television planning so that you can find the right fit for your family.